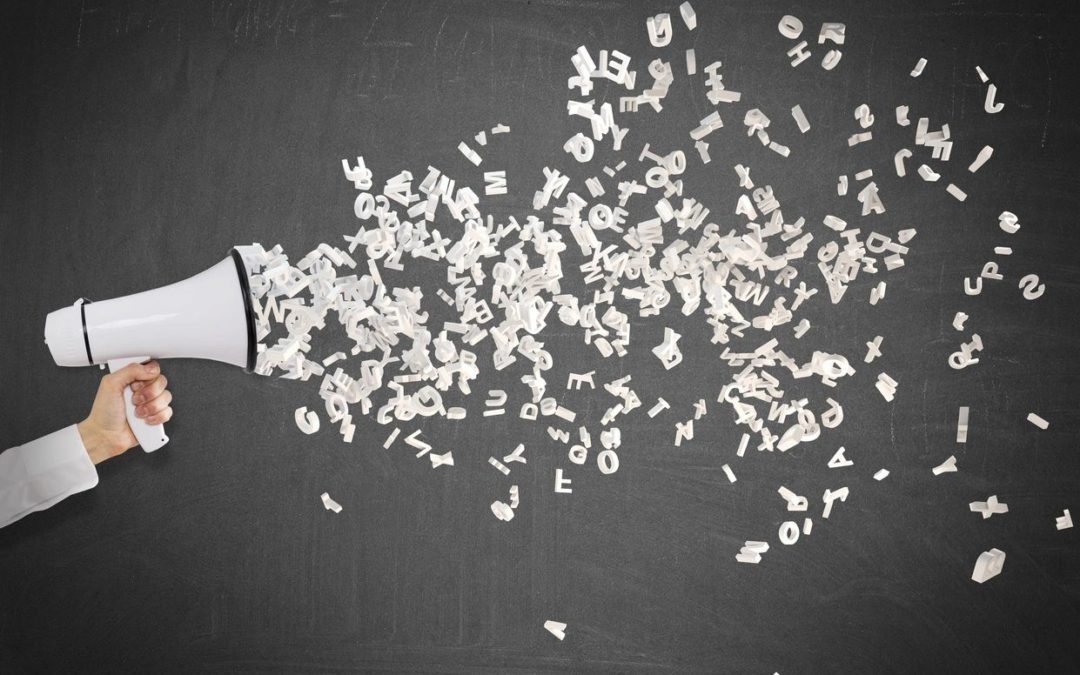 I have decided to make some predictions concerning the upcoming federal election, the 2020 US elections, government regulation of corporations that abuse their authority, and global health.  They are as follows:

October 2019 Federal Election in Canada and its Aftermath

I believe that the incompetent nincompoop whose meals are currently cooked at 24 Sussex in Ottawa will continue as Prime Minister but with a much reduced majority and perhaps leading a minority government with the pathetic Elizabeth May, leader of the Green Party, being the tail that wags the dog.  If the minority government situation comes to pass, it won’t bother Trudeau too much as he appears to share the views of the Green Party on virtually all issues.

This prediction will come about because the Liberals have taken care, as they always have in the past, to buy votes in the Maritimes, Quebec and Ontario.  By the time the polls close in Alberta, the election will have been decided.  The worst that can happen to Trudeau et al is that he will lead a minority government as described in the preceding paragraph.

Not only has the Liberal Party purchased votes in Eastern Canada but they have done a very good job offering money to various media outlets which, of course, are controlled out of Eastern Canada in general and Toronto in particular. To ensure continued support, the Liberals have established a fund to dole out to various media enterprises, particularly print media outlets like Post Media, which is presently in the throes of death, and without this type of financial bailout would die a well-deserved natural death.  As long as that kind of bailout is available, does anyone with a brain in their head think that our media whores are about to be overly critical of Junior and his band of merry men and women?

So my friends, with bought votes and a friendly press, how in the world can the Liberals lose the next election, even though they clearly do not deserve to be returned to office?

My next prediction flows from the Liberal victory—or quasi victory—in October. Alberta, Saskatchewan and perhaps Manitoba will finally do what they should have done years ago and separate from the rest of Canada.  The separation will be led by Brad Wall and he will receive majority support for the three Prairie Provinces to go it alone, unburdened by the Eastern Canadian takers and their media buddies. The separation movement will begin immediately following the federal election and will gradually gain momentum as the outrages inflicted on Western Canada are explained to the electorate located within the boundaries of the three provinces.

This movement will not be a frivolous exercise, and the threat of separation will culminate in a more sustainable confederation of provinces where all areas of the country are guaranteed fair, equitable treatment by whatever party forms a federal government.  If that does not happen, and happen quickly, Alberta will, for sure, go its own way.  This is not a hollow threat.  Feelings are running high and the re-election of young Trudeau will determine Alberta and Saskatchewan’s future.

November 2020 Election in the United States

Anyone with an ounce of political common sense knows that the Democrat Party has completely self-destructed. Unqualified, foul-mouthed, arrogant, annoying young women have hijacked the party and have turned it into a collection of fools.  Nadler, Schiff, Pelosi, Cummings, Schumer and the bunch seeking the Democrat nomination are pathetic to behold and the American people will see through their ultra-socialist nonsense and soundly defeat most of those flying the Democrat banner in about sixteen months.

Sadly, there are certain jurisdictions in the United States where history has shown a pot-bellied pig could run as a Democrat and get elected.  How else does one explain the election of a Maxine Waters or a Mazie Hirono? These women are two of the absolute most ignorant people, not only in American politics, but on the face of this earth.  Yet these incompetents get elected time and time again and show their lack of intellect every time they open their mouths.  It is very sad that the so-called greatest country in the history of the world is governed, in part, by people like this.

Anyway, my prediction is that the Republican Party will take back the House of Representatives, increase its majority in the Senate and President Trump, barring some unforeseen event, will win the presidency in a landslide.

When what I predict occurs, make sure you are fully invested in various US securities because, without being stymied by the clowns in the present House of Representatives, President Trump will implement government policies that will cause the US economy to reach heights previously unheard of.  America’s true potential will be attained and many previously disadvantaged segments of society will begin to truly live the long sought-after American dream.

Justice Ginsberg will finally die and President Trump will appoint another conservative (common sense) judge to the Supreme Court of the United States.  There may even be a second appointment, which will result in the Supreme Court having six conservative votes not counting the Chief Justice, who only pretends to be a conservative jurist. Those appointments to the Court will keep loony left policies at bay for many, many years, to the lasting benefit of the people of the United States and the world.

Reining in the High-Tech Monopolies and Their Creepy Founders

It seems clear to me that Facebook, Google, Twitter and a few others have seriously abused the power and influence they exert over their users.  These companies have been successful in capturing the personal information of their users and selling it to a variety of third parties, who utilize that information for their monetary benefit.  As a result, these third parties are prepared to pay handsomely for the information they receive.  Of course, individual users of these high tech monopolies are totally unaware that their personal information is being used in this manner and for profit.

In addition to this form of economic piracy, these companies can use their relatively new-found power to determine the outcome of elections in the United States and presumably in other countries as well.  It seems obvious to me that no group of companies should ever have that kind of unregulated power. Fortunately, a bright light is being directed on the rather offensive people who run these entities and endanger democracies.

My prediction is that these companies will soon be regulated to the point where they will still exist but in a form that is much different than the way they operate today.  This regulation will take some time to implement, but who in their right mind would want a creep like Zuckerberg determining the outcome of an election or what product and services we get to buy and from whom?  Not me!

It is estimated that sixty thousand people live in tent cities in Los Angeles. Of course, these people do not have the use of washrooms and access to clean drinking water.  They urinate and defecate on the ground, many times in public parks.  The resulting filth and garbage is overwhelming and abhorrent to most living things, except rats.  Rats are having the time of their lives eating garbage and virtually anything that still has some nutritional value like, hold your nose, human feces.

The rat population in Los Angeles has reached epidemic proportions as they feed on refuse and human waste left by the over-populated tent city.  Rats begin to reproduce at four months of age, breed often, and produce multiple rats in each litter.

The resulting explosion of the rat population results in all kinds of serious diseases which can make humans extremely sick and in some cases kill them.  I have read that antibiotics have kept those infested by rat fleas from dying in large numbers, but if the present situation is not controlled, the result, I predict, will be catastrophic.

The five most rat-infested cities in the United States, in order of magnitude, are Chicago, Los Angeles, New York, Washington and San Francisco.  Besides having rats in common, these cities are all governed by Democrat Party municipal governments.  Most, if not all, are sanctuary cities. They waste taxpayer money in a scandalous fashion and are places where corruption, crime and drug-dependent street people are rampant.  Unless you are rich, these cities are hell holes, and these rat-infested hell holes are breeding grounds for disease.

PestWorld.ORG states that, “Rats and mice are known to spread more than thirty-five diseases.  These diseases can be spread to humans directly, through handling of live or dead rodents, through contact with rodent feces, urine, or saliva, and through rodent bites.  Diseases caused by rodents can also spread to humans indirectly through fleas, ticks, or mites that have fed on an infected rodent.”

Some of the diseases caused by rats include: Lymphocytic choriomeningites, Bubonic plague, Septicemic plague, Pneumonic plague and Typhoid Fever.

All forms of plagues are presently treatable with commonly available antibiotics.  However, without prompt treatment the diseases can cause serious illness or death.

The people living on the street in Los Angeles and many other cities in the United States do not, for obvious reasons, have ready access to medical treatment.  Once affected by one of the diseases, without early treatment, the infected person can spread disease quickly among other people.

As noted, common forms of antibiotics seem to work, but diseases have an ability to immunize themselves against cures that once worked but are no longer effective.  Should that happen—and I predict that it will—the “greatest country in the world” will be faced with a catastrophic problem.

If this prediction comes to pass in the United States, what will be the result in third world countries?

A Worldwide Pandemic Is Probably Going to Occur

I believe the world is overpopulated to the extreme.  There are far too many people, and the garbage they generate simply cannot be absorbed by our planet.  As a result, I predict there will be, in the foreseeable future, a worldwide pandemic that will reduce the world’s population by a least one third.  I believe this process has already begun in Africa with the resurgence of Ebola.  Other antibiotic-resistant diseases will find fertile ground in third-world African countries, and these diseases will spread to other overpopulated areas of the world. Due to politically correct and lax laws facilitating immigration, the plagues will ultimately spread to North America and the rest of the world, resulting in the death of millions of people.

To recap, Trudeau will form a minority government following the October federal election; the independence movement in Alberta, Saskatchewan and, perhaps, Manitoba will gain traction.  The Republicans will be successful in the November 2020 election and as a result, the country will prosper. There will be serious illnesses in the United States resulting in all major cities implementing policies to end the practice of people living in the streets and the disease that follows such behaviour. The current high-tech social media companies and search engine corporations will be regulated to the point where they will become just a shadow of their former selves.  Finally, there will be a worldwide pandemic that will reduce the world’s population by at least one third.