China and the World Order: Get prepared for war! 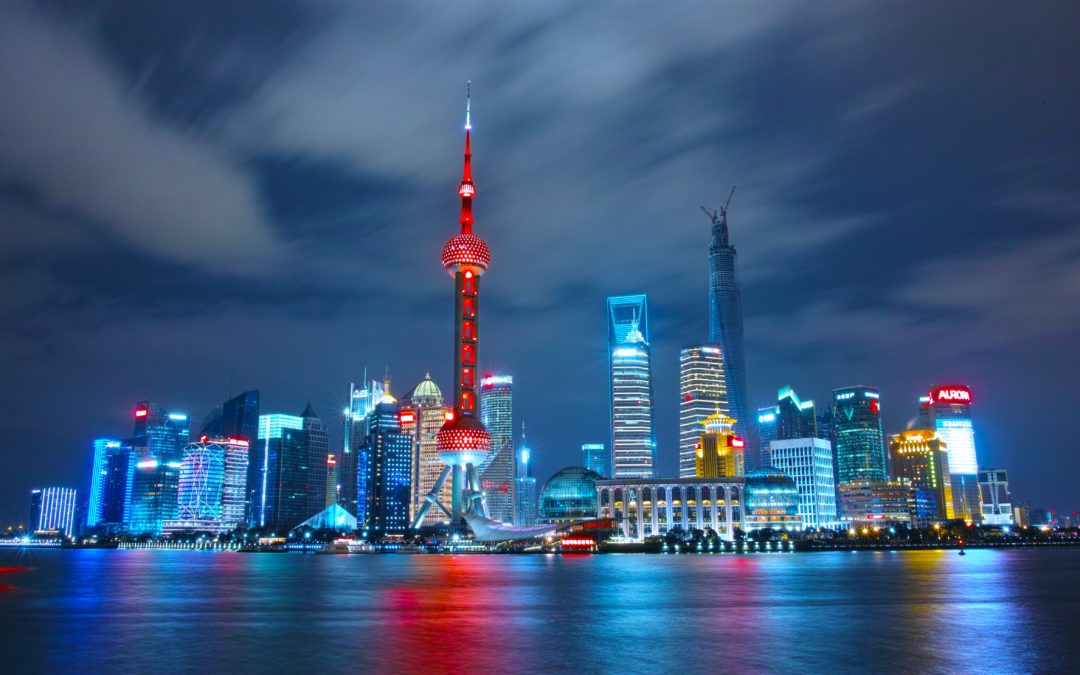 As most people know, China is a totalitarian dictatorship, well along in the process of setting the stage militarily and economically to dominate the world’s commerce and political structure. With a population of approximately 1.4 billion people, a number our Western minds simply cannot comprehend, China is governed by a communist government that develops policies that fly in the face of the rest of the world.  China does whatever it wants to do and does so with total disregard for virtually all other countries.  It has become a dangerous state; one to ignore at the international community’s peril.

As an aside, Canada has a population of just over 30 million people.   Can anyone reading this attempt to visualize the amount of garbage and human waste generated by a population of 1.4 billion souls?  Then couple that number with India and another 1.3 billion people enter the equation.  Can any thinking person not understand why our planet is polluted?

For past generations, China’s rural, agriculturally based economy, looked inward and pretty much ignored the rest of the world.  The country and its inhabitants were dirt poor, subsisting on what they could harvest from the land while utilizing primitive implements to do so.

In the 1970s, President Nixon opened diplomatic relations with the Communist Chinese government which was, by any measure, a dramatic shift in United States foreign policy. A quarter of a century later, China was admitted as a member of the World Trade Organization. China’s economy literally took off resulting in year-over-year increases in its Gross Domestic Product to levels that were unheard of in Western democracies.

China’s cheap, almost slave-like, labour rates and abundance of natural resources allowed it to produce acceptable quality products at more than competitive prices, and its membership in the WTO provided it with markets all over the world.  China began to enjoy a huge current-account trade surplus where its exports dwarfed its imports.  To further enhance its international competitive advantage of cheap labour and abundance of resources, its monetary policy was strictly controlled whereby the value of its currency, the Renminbi, was kept artificially low.  International monetary theory taught us that when a country exports more than it imports, its current-account balance was positive—obviously, a reverse situation results in a negative current-account balance.  When a country enjoys a large, positive current account balance, the theory was that the currency of that country would be automatically adjusted so that it would rise in value vis-à-vis all other foreign currencies. An equilibrium would result where the currency of the country with the positive current-account balance would be adjusted upward, thereby reducing the current-account balance back to a neutral position.  A nice theory to be sure and when implemented would benefit all countries. However, the theory did not contemplate cheaters who manipulate their currencies in a “beggar my neighbour” policy of total self-interest.  The biggest, most blatant offender in this regard is China.

To take advantage of this Chinese government-controlled imbalance of low imports, ultra-high exports and cheap labour, companies from around the world moved their factories to China.  For these Western-based companies, focused on their bottom line as demanded by shareholders, the decision was to either follow suit or eventually go out of business.  Cities in the United States, which had previously employed hundreds of thousands of factory workers, became boarded-up ghost towns. Former factory workers, who once enjoyed good-paying jobs, scrambled for whatever income they could find. The social costs to these cities and their inhabitants were enormous.

The advantage China enjoyed continued for approximately half a century and China made a tremendous amount of money which they have used to:

I believe it is important to expand on each of the above statements.

Being awash in hard Western-based currencies and the holders of interest-bearing debt owed to it by third world countries, China has gained a tremendous advantage which it could use to its benefit when the Western world least expects it.

The Chinese financial dominance is not confined to developed countries but even more insidious, if that were possible, is the hold it has over backward, poor, unsophisticated countries in Africa and the rest of the developing world.  Third-world dictatorships welcome the money to be used primarily to enhance their corrupt, selfish lifestyles, not really caring that eventually, the piper must be repaid, one way or the other.  They won’t care because “their” money, obtained from China, will be safe in some Swiss bank account.

The United States and Western democracies give these countries aid in various forms while China gives them secured loans which they know full well cannot be repaid and will be called in the foreseeable future.  The West has an inherent sense of decency and a religious-based desire to help their fellow man.  China does not embrace such a Judea-Christian belief.  In fact, from what I can determine, it has no religion at all.

If circumstances do not change, I suspect that we will wake up one day to discover that China’s influence has dominated affairs in African countries and other developing nations.

The Chinese military capacity has grown in leaps and bounds, and it would not be surprising, given the current inept leadership in the United States, to see China’s military might surpass that of the rest of the world and do so within the immediate future.  As noted above, China already has the world’s largest Navy comprised of new state-of-the-art warships.  When warned of China’s pending military and economic dominance, the world was greeted by the words “come on man!” from the septuagenarian now leading the free world.

To suggest that the rise in China’s military might is a dangerous situation is more than an understatement which cries out to be addressed.  It has, I believe, become imperative that countries of the world like the United States, Japan, South Korea, Australia, New Zealand, the Philippines, Europe, and Great Britain form an alliance with the sole and exclusive purpose of blunting China’s pending aggression and what appears to be its desire for world dominance. (You will notice I have omitted Canada but you can throw our pathetic leaderless country into the mix, if you wish).

If this alliance does not occur, the result could very well be the end of the lives we have enjoyed for the past century. Our children and grandchildren can look forward to being ruled by a country that exhibits little compassion for others and a “might is right” attitude in all things.

The Chinese government has sent its favoured young people to countries far and wide to be educated in various disciplines, primarily in the sciences.  You will seldom, if ever, see a Chinese student majoring in one of the social sciences.  They are simply too astute to do that.

These “students” are prepared to pay high tuitions to get the education they, or really their government, seek and then they take that knowledge back to their homeland for the benefit of China and its people.  Knowledge is not the only reason for the influx of Chinese students attending universities in virtually all Western countries.  They are also there to spy and steal information which will be passed on to their masters in Beijing.  We know this is going on, but little is being done to counter this dangerous practice. (Universities depend on the tuition that flows from enhanced tuitions charged to international students.)

Canadians, along with citizens in the United States, have been brainwashed through movies and television to believe that US government agencies are extra special agencies that can, under all circumstances, win any battle, against any foe.  The facts tell a different story.  The CIA, CSIS, FBI and the RCMP are led by bureaucratic incompetents and are organizations which, on their best days, are less than mediocre.  The media have made these organizations into something they clearly are not, and the result is that most citizens in both countries have been lulled into a false sense of security.  I have no doubt the Chinese have noticed and shall, when they are ready, exploit the situation for their benefit.

Over the past four years it has been popular for about half the population in the United States and approximately 65 percent of Canadians to express the fact that they hated Donald Trump’s guts.  This belief resulted, in part, from a constant, negative, illogical barrage of anti-Trump, so called “news” stories from virtually all media outlets in both countries.

However, by any measure, President Trump understood the threat China poses to the United States, and China knew he knew.  The result was that China and its leadership feared him.  President Trump requisitioned and spent billions of dollars rebuilding a US military that had been sorely neglected during the eight years Obama played at being President of the once most dominant country in the world.  That neglect gave China a golden opportunity to catch up to the United States both economically and militarily.

Today, the United States is governed by members of the Democratic Party in all three levels of government namely, the House of Representatives, the Senate and the office of the President.

Most people do not follow US or Canadian politics.  But I do.  What I see in the United States government scares me a great deal.  The speaker of the House of Representatives is a vindictive, mean-spirited old woman whose best-before date passed years ago.  The Senate is presided over by the slimiest of politicians and a guy who is nothing more than a raving ideolog who has his own personal interest placed above the best interests of his country.  And finally, we have a cognitively challenged old fool as the leader of what purports to be the most dominant country in the history of the world.  I am afraid that description of the United States is no longer even close to being valid.

So, what do we do?  Canada and its leadership are a joke both at home and abroad.  That mess will not be cleaned up in my lifetime, so I intend to ignore Canada.

The United States still has hope.  However, it will only have hope if the 2022 elections bring Republicans back to power in either the House of Representatives or the Senate.  Both would be preferable, but one would do.  That result would employ the checks-and-balance system of governance envisaged by the authors of the US Constitution. A Republican House and/or Senate would put a stop to the ultra-left nonsense presently in vogue in the United States.  If that does not happen, the Democratic Party would be allowed to rule all levels of government until 2024 and perhaps, heaven forbid, beyond. The result will be catastrophic and will make certain some form of serious conflict with China will occur in the next decade, a conflict which could very well escalate into a hot war with a result that is far from being predictable.  That is why it is so imperative that the countries listed above form a self-preservation alliance to offset the growing power of China and act as a counterbalance to what has become the United States’ inept leadership   This alliance will become absolutely necessary to counteract Chinese aggression in the five areas noted above and act as a counterbalance to China’s ultimate goal of world domination.