The Government of Canada’s Trifecta of Stupid: Indians, Coronavirus and Huawei 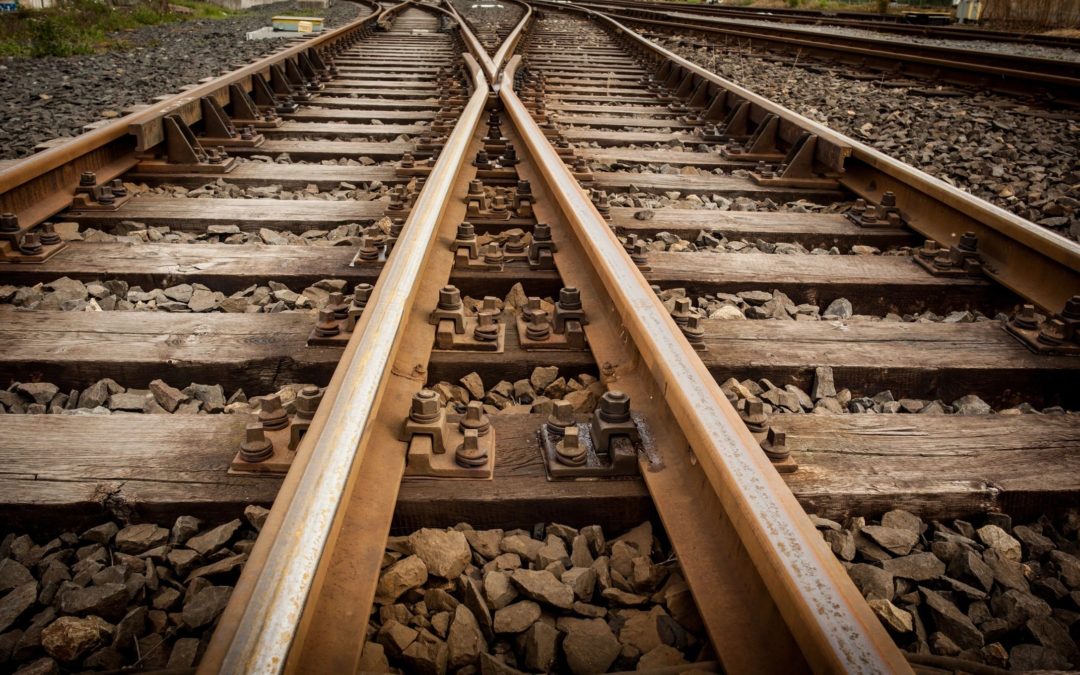 While our international embarrassment of a Prime Minister tours Africa trying to drum up support for Canada’s apparent desire to join the United Nations Security Council—a body which is nothing more than an inept cesspool of incompetence—we are facing very serious issues at home which this awful excuse for a leader has, until the other day, simply ignored.

There are three glaring matters that cry out to be addressed by our elected federal government, and as these issues become more serious by the minute, nothing whatsoever of substance is being done to address them.

The first is the lawlessness of our spoiled and pampered Indians who, unobstructed, have completely disrupted rail travel, the flow of goods by rail or ground transportation, prohibited people from going to work and doing so in a more than confrontational manner and, generally speaking, thumbing their noses at Canadian law.

This empowerment of Indians goes back to the Oka crisis of the eighties.  Those of us alive at the time will never forget the Mohawk/ punk/ criminal/thug taunting a member of our military while hiding behind a balaclava.  The Prime Minister of the day, Brian (feather my nest) Mulroney, did not have the guts to respond appropriately to these losers from the so-called Mohawk “Nation” who were clearly violating Canadian laws and doing so with impunity.  The rights of Canadian citizens were trampled and like petulant children, Indians across the country were empowered to carry out whatever lawlessness they felt like, any time they did not get their way.  In effect, Canadian laws did not apply to them except when it came to receiving the dole from the Canadian taxpayer; billions of dollars, year after year, are given to these criminal ingrates.

What these Indigenous activists, and their non-Indigenous supporters, are getting away with is an absolute outrage. It must be stopped and stopped immediately if we are to continue to enjoy a lifestyle free of outright anarchy.  It is well past time for the federal government to call out the military in numbers sufficient to surround these criminals, arrest all of them, charge them with the laws they have broken (and are in the process of breaking), and punish them to the fullest extent of the law.  Only then will this complete and utter nonsense stop.

Canada is in the process of selecting a leader of the Conservative Party of Canada.  I am an inactive member of that party and from time to time, donate money to the cause.  However, that support will stop unless and until the party ceases to try and be all things to all people and starts to advance real conservative policies sans all the “woke” nonsense embraced by the Liberal Party of Canada and its lapdogs in the print and electronic media.

For any Canadian political party, along with their Indian friends, to advocate for the end of the fossil fuel industry is madness squared.  The oil and gas industry in this country is its lifeblood. The extraction of fossil fuels from the ground is accomplished by members of that industry in a responsible manner, limiting the negative impact on the environment where common sense demands a happy medium between the two competing interests.

But that is not how the Liberal ideologues in Ottawa see things.  If anyone thinks for a moment that Trudeau and his like-minded cohorts are not hell-bent on bringing the oil and gas industry in Western Canada to its knees, they are kidding themselves.

Those who think that things are going to change for the better in Alberta and Saskatchewan under the present federal Liberal government, are fools. The climate change zealots in Eastern Canada and British Columbia will never change their desire to put an end to an industry upon which Alberta and Saskatchewan depend, and they are using the Indians to further the ends they seek.

In Alberta, we recently elected a United Progressive Conservative government.  We assumed and were led to believe, that Messrs. Kenney et al would take a strong stance against a socialist federal government.  However, that has not been the case.  There has been no line in the sand drawn by Kenney or the Premier of Saskatchewan, and as a result, the federal government has done everything in its power to delay pipeline and Oil Sands projects that are critical to the future of our oil and gas producing provinces.  Of course, as they purposely delay, the costs soar to the point where the viability of projects is called into question.  Delay and not-so-tacit support of Indians are the weapons of choice for Trudeau and his gang.  He need not say “no” to a project; he can just ask for more study, more pow wows with Indians, and more Court challenges in front of sympathetic judges. As recent events have shown, it is a mug’s game to think that the myriad Indian bands can agree on anything.  It is an impossible task that the oil and gas and pipeline companies are required to satisfy.

If the federal government continues to act as it has in the recent past, it is well past time for Kenney and his majority Alberta United CONSERVATIVE Government to give Albertans a say in their future and if necessary, lead them out of what has become the embarrassing mess we call Canada, where “takers” determine policy, always get their way, and trample the rights of the majority.

The second part of my trifecta of incompetence is the Coronavirus.  Those of you who took the time to read my “Predictions” blog will recall that I predicted a world-wide pandemic that would result in the deaths of a third of the world’s population.  It is not, in my view anyway, a coincidence that the virus raised its ugly head in a densely populated country that just recently entered the 21st Century, where many still harbour a taste for rare or undercooked bats, dogs, snakes and other reptiles.

It has now been determined that a virus that was present only in certain species and was not transmitted to humans, has morphed into a virus which can and has been passed onto humans and which is highly contagious and deadly.

Let me ask you something: are you confident that our elected officials and the grey-faced bureaucrats who work for them are doing what is necessary to see that this infectious disease is controlled and eradicated?  Have you noticed any prohibition against travel into Canada from countries in the Orient?  Do you have any confidence whatsoever that these people have any idea of what they are doing?  I don’t.

While this potential pandemic is unfolding, young, bumbling Trudeau was wandering around Africa, giving away our money in an effort to buy votes from corrupt leaders of those countries accurately described by President Trump.

On the bright side, should this potential pandemic occur, it may very well be the catastrophic event Bill O’Reilly predicted, one that will shock the world out of its nonsensical “wokeness” so that common sense may once again prevail.

The third part of my “trifecta of stupid” is Huawei, a telecom, 5G network company which is an arm of the Communist Chinese Government.

The United States has made it clear that Huawei will never be allowed to do business in that country and, in fact, Huawei was just charged by the United States Department of Justice with numerous offences against the laws of the United States including the blatant theft of intellectual property developed, and the proprietary rights owned, by American corporations..

Also, the daughter of the CEO of Huawei is presently under house arrest in Vancouver, languishing in a $14 million mansion while she awaits extradition to the United States for fraudulently applying for and receiving bank loans from US-based banks.  She and her Vancouver lawyers are fighting to keep her in Canada and not turn her over to US Justice Department officials.

In retaliation for Canada complying with its treaty with the United States by detaining this woman, the Chinese Government arrested two Canadians on what appears to be nothing more than trumped-up charges. These two men have been wallowing in squalor for well over a year while our embarrassment of a Prime Minister flits around Africa trying to buy Canada’s way onto the UN Security Council. The average Canadian couldn’t care less about the UN but does care about their fellow citizens being wrongly incarcerated by an evil, sinister, totalitarian, infected-bat-eating regime.

In regard to Huawei being granted a licence to develop a 5G network in Canada, our decisionmakers pretend to be considering the idea.  And today, the CEO of Telus announced that before the end of 2020, it will have entered into a 5G Network partnership with Huawei.  This is the same telephone company that will leave you on hold for excessive periods of time if you have a problem, and when you finally get a live person on the phone, that person is not even close to being fluent in the English language.  Telus customers know exactly what I am talking about.

Well, I have news for this CEO of Telus: your plans will never happen unless and until the United States government gives Huawei its blessing and that’s not going to occur any time soon, if at all.

The same is true with Europe. They need the good graces of the American government more than the American government needs them.  If the concerns of the United States over the legitimacy of Huawei and the sinister Chinese government come to pass and the UK and the rest of the world ignore their warnings, they may just have to bail themselves out of a third mess as the United States sits back and announces “we told you so.”  I believe Boris Johnson, England’s new Prime Minister, will fold under US pressure.

Thus ends my trifecta of stupid. Out-of-control anarchist Indians and their supporters, inept politicians attempting to deal with a medical emergency that may become a pandemic, and a Chinese-controlled company wanting to infiltrate the West’s communication systems.

It amazes me that we have lasted this long given the quality of leadership we have had to endure.